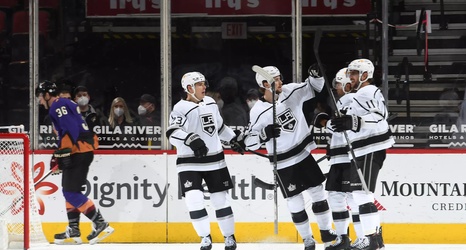 After the Arizona Coyotes won the final game against the St. Louis Blues, it looked like it was the start of something great. It didn’t mean anything, but for a team that has lacked confidence this season, it should be enough to give them that boost.

Unfortunately, things haven’t worked out that way, with the Coyotes dropping both games to the Los Angeles Kings.

Arizona at least started better compared to Thursday. Los Angeles had an early push, but the Coyotes were able to respond and keep pace. There was a lot of fast, back-and-forth action, with neither team finding the back of the net and not a lot of whistles.