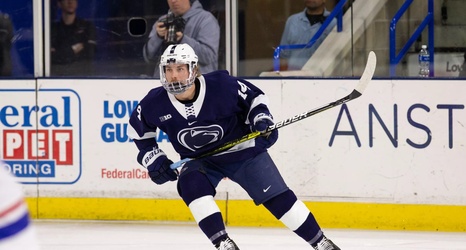 Every year we see teams sign free agents who have just finished college. Sometimes these are players who didn't sign with the team that drafted them other times they are undrafted players.

These players tend to be low risk, high reward. You aren't using a draft pick, it costs you just money and a contract spot. These signings rarely are game-changers, though the players can go on to have long and productive NHL careers.

Earlier this year the Arizona Coyotes signed one of those undrafted college players, forward Nate Sucese.

Sucese is a 24-year-old left wing from Fairport, NY who has spent the past four years with Penn State University.