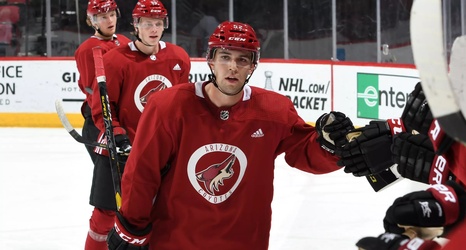 The Arizona Coyotes' inability to draft and develop has come up before and it is going to come up again. But they are doing better. Case in point, 2017 fifth-round pick Tyler Steenbergen who finished his second season in the AHL with the Tucson Roadrunners.

After dominating the WHL, Steenbergen is still adjusting to the AHL. Like many players, Tyler Steenbergen’s season was cut short, but he had already set a new high for assists in an AHL season.