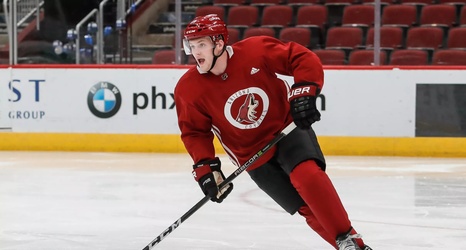 In the third round of the 2019 NHL Entry Draft, the Arizona Coyotes drafted center John Farinacci from Red Bank, New Jersey. He wasn't a big name prospect when he was drafted, hence dropping down to the third round, but he has turned things around in the year since being drafted.

The pandemic is affecting everyone's schedule, Farinacci included. Last season was his first at Harvard, where he finished with 10 goals and 12 assists.