Could Lane Pederson make his Arizona Coyotes debut this season? 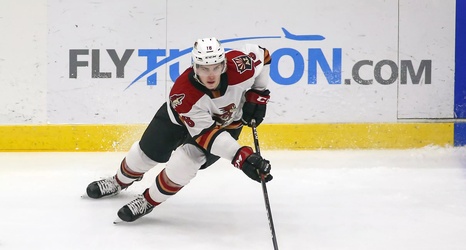 The Arizona Coyotes are beginning to see the benefits of an improved development system and could have another young player knocking on the door this season.

Conor Garland is a prime example of what NHL teams can get in the later rounds of the draft, with the former 2015 fifth-round pick leading the team with seven goals in 15 games.

While players selected in the late rounds are often a gamble and may never get a shot in the show, those that go undrafted are even less likely to have a chance.