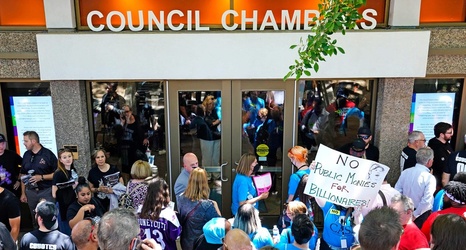 NHL Commissioner Gary Bettman addressed the Arizona Coyotes' arena situation with reporters in his State of the League news conference on Wednesday.

Questions and concerns have circulated over the size of the Coyotes' temporary home at Arizona State, but Bettman attempted to quash those questions in his meeting with the media.

ASU's arena, which will be the home of the Sun Devils hockey team, has less than 5,000 seats.

"I know a lot is being made about the temporary facility and its size," Bettman said. "It's not unprecedented. When the Flames moved from Atlanta to Calgary, they played for a couple of years in a very small venue.