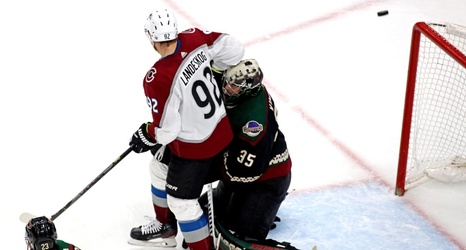 But the only response from the Coyotes in Game 5 was the whimper on which they went out while being eliminated from the Stanley Cup Playoffs after a second consecutive 7-1 loss to the Colorado Avalanche on Wednesday in Edmonton.

The Coyotes were outscored, 14-2, in the final two games of the series.

Granted, the Coyotes were not expected to advance past the Avalanche, a bonafide Stanley Cup contender, in the Western Conference Quarterfinals.