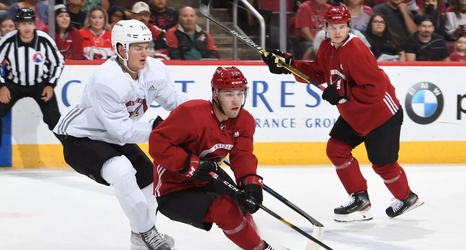 After drafting mostly defensemen in the 2017 NHL Entry Draft, the Arizona Coyotes switched things up with their second pick of the fifth-round. From the Swift Current Broncos the Coyotes selected center Tyler Steenbergen.

In his first professional season, Steenbergen has taken some time adjusting. In the WHL Steenbergen was a solid goalscorer, finishing his last two seasons with 98 goals in 128 regular-season games.