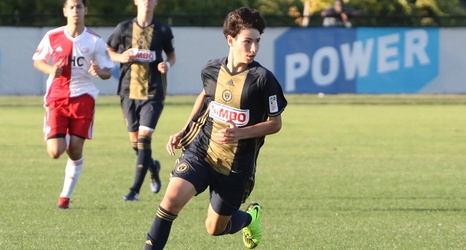 But he’s done talking about it to his players, which includes a core group of returners — Julian Anderson, Adam Lenges, Ian Graham and Aboubacar Camara among them — and is instead focused on the individual MLS opponents they will face in the annual competition.

“I’ve tried not to speak about last year,” Lewis said. “We just need to focus on each game in front of us.”

The Union come in with some momentum after a fruitful nine-hour bus ride to Montreal last weekend and their second win over an MLS academy opponent.