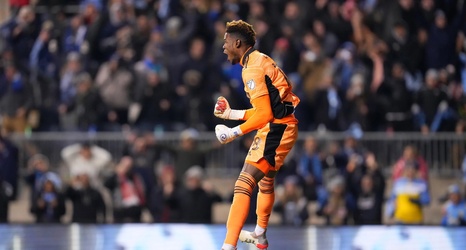 CHESTER, Pa. — The Philadelphia Union are one win away from the MLS Cup final for the first time in club history thanks to a Herculean performance from Andre Blake, who turned away a pair of penalty kicks and watched as Nashville SC missed two others in a penalty shootout the hosts won 2-0.

The Union fell behind in the first half on a goal from Nashville star Hany Mukhtar — who was left unmarked at the six and headed home an Eric Miller cross in the 38th minute — but found an equalizer on the last play of the first half when Daniel Gazdag made good on a second crack at the goal from a corner kick to tie it at 1-1.