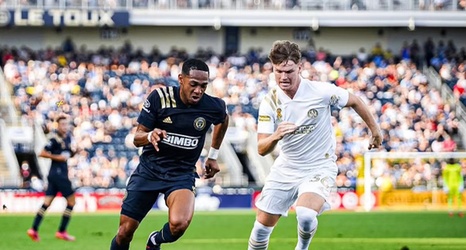 It took 70 minutes and some not so great defending from Atlanta United, but Jose Martinez was able to get down the end line and deliver a ball to Kacper Przybylko he buried past Brad Guzan to give the Philadelphia Union a goal that had been coming all day and a 1-0 win on Saturday afternoon at Subaru Park.

The Union were the better team pretty much from the opening whistle against an Atlanta United team they’d already played three times (one win and two draws), including the two leg Concacaf Champions League quarterfinal.