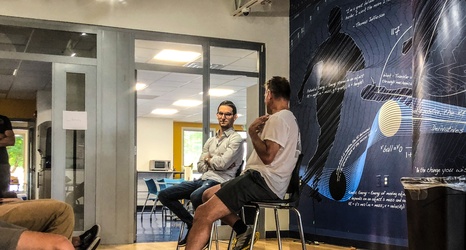 In 2011, Zach Pfeffer was 15 years old. He was also, as he told the assembled members of the Philadelphia Union academy last Friday, "the man" on the soccer field, often playing up at least one age group.

Then Pfeffer signed on with the Union, becoming the club's first homegrown player. And all of a sudden he had to, again, in his own words, "grow up, I had to mature, I had to learn the ropes."

"I had to become independent."

A day after Pfeffer spoke at YSC about his journey from 15 year old homegrown to, most recently, recipient of a highly selective financial analyst job at Goldman Sachs, Union academy graduates Zach Zandi and Jeremy Rafanello faced off against each other as members of Villanova University and Penn State respectively, highlighting the growing link between the Union's academy and the academic future of its graduates.