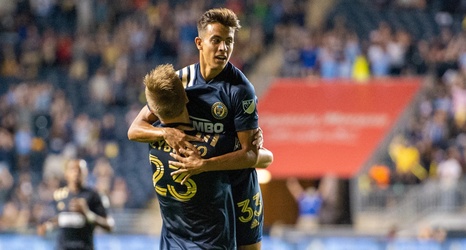 Hoping to build on the momentum of a midweek win against New York City FC, the Philadelphia Union found themselves on the wrong end of a 1-0 score at halftime but did manage to claw their way to a 1-1 draw against CF Montreal at Subaru Park on Saturday night.

Playing on short rest, head coach Jim Curtin replaced Kacper Przybylko with Cory Burke and Alejandro Bedoya with Jamiro Monteiro in the starting lineup and brought back Olivier Mbaizo for Alvas Powell at right back after his one-game suspension.

Montreal came out on the front foot early and like the game against New York City looked threatening but the Union defense stayed organized and midway through the half the tide started to turn in the Union’s favor as chances came their way and it was the hosts with the ball and the momentum.