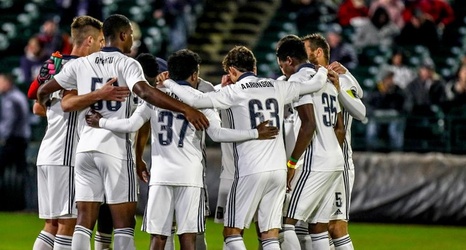 Squaring off against Louisville for the second consecutive postseason, the young Bethlehem Steel FC used their youth to its advantage, generating the evening’s first scoring chances. Santi Moar earned the first of six opening half corners for Steel FC in the fourth minute after creating a chance inside the Louisville box. Steel FC continued to build quickly but the hosts made the most of their first shot on target.