Sergio Santos trade to FC Cincinnati reportedly in the works 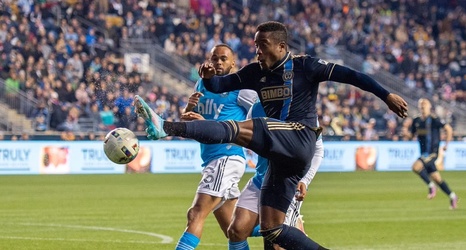 Santos, who last played on May 28 and has been out of the country finalizing a green card according to Philadelphia Union head coach Jim Curtin might be headed to FC Cincinnati.

Pat Brennan from the Cincinnati Enquirer reported Thursday that the two teams were “moving toward finalizing a trade.”

Some news in the works regarding #allforcincy — Per multiple league sources, Cincinnati is moving toward finalizing a trade with #doop for Sergio Santos (75 appearance, 19 goals) in exchange for GAM.