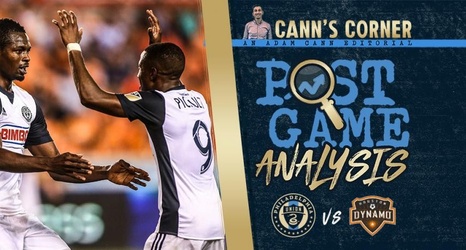 The mantra from the start of Jim Curtin’s tenure has Philadelphia Union head coach is that everybody must play well for the team to win. On Wednesday night, nobody had a monster game, but the entire team contributed to a big win against a dangerous opponent. Philly benefitted from a man advantage for the final half hour, and neither team created many clear cut chances. In these games, the Union need their best players to step up, and while, again, nobody was great, Philly’s midfield got the job done.

Houston opened the match pressing with their front four and offering occasional support from the two holding midfielders.