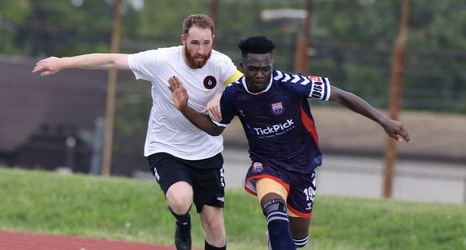 But when Mohamed Conde went down with an injury just before halftime, the Lone Star veteran stepped in and contributed a second half hat trick to a barrage of goals in an 8-2 win at John Bertram High School’s athletic field in southwest Philadelphia.

“I wasn’t 100 percent but the team needed me,” Walleekendeh said after the match. “It’s a big deal for us (qualifying for Open Cup). We’ve been talking about it the past couple years about how we gotta get back.