Philadelphia Union wins on the road with modified lineup 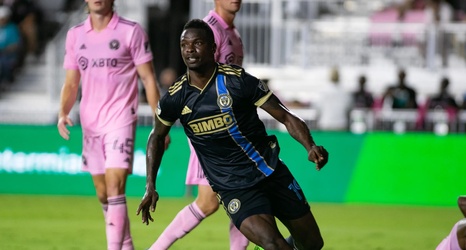 A couple of players missing from the lineup was no problem for the Philadelphia Union Wednesday night, taking care of Inter Miami 2-1 on the road.

Despite three changes to the regular lineup and two along the defensive back line, it was not a problem for a Philadelphia squad currently in first place in the East. Jack Elliott notably missed Wednesday night’s clash due to a knee injury, setting the stage for Stuart Findlay to save the day.

Despite his imminent departure to English side Oxford United, Findlay stepped up for the injured Elliott. Despite the change in center-back pairing, the Union defense was still very solid.