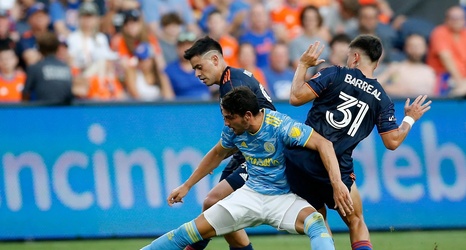 CINCINNATI, Ohio — The Philadelphia Union’s five-game win streak came to a screeching halt at TQL Stadium Saturday night with a 3-1 loss to FC Cincinnati that could’ve been even more lopsided than the final score.

After having a goal waived off in the first half by video review, FC Cincinnati scored three times in the second half to defeat their familiar rivals for the first time in a send-off game for Haris Medunjanin.