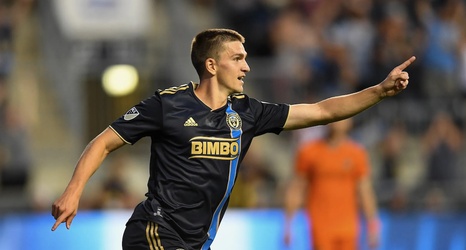 CHESTER, Pa. — Philadelphia Union fans were treated to another blowout at Subaru Park on Saturday night, this time a 6-0 win over Houston Dynamo that stretched their win streak to five games.

Captain Alejandro Bedoya had three assists in his return from a yellow card suspension, Jack McGlynn scored his first MLS goal on a free kick and Mikael Uhre, Julian Carranza and Daniel Gazdag all scored in the same game for the first time.

The Union thought they had a chance to open the scoring in the 19th minute when Jakob Glesnes played a long ball to Kai Wagner and he cut it back to Jack McGlynn, whose shot was whistled for a handball on Houston.