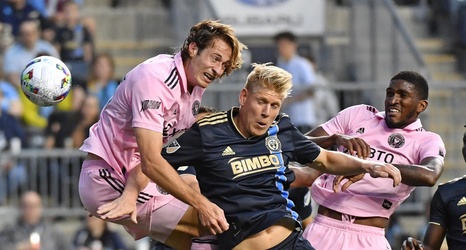 CHESTER, Pa. The Philadelphia Union earned a disappointing point at home, taking Inter Miami down to the wire for a 0-0 draw. The draw temporarily moves the Union into first place in the Eastern Conference, and the Union is now undefeated in their last five MLS contests. They have drawn in all five of those matches.

The visitors had the first chance of the evening, Indiana Vassilev getting behind the Union defense in the third minute. Andre Blake was up for the task, stopping the shot to his left. Soon after, the Union would have a few chances, starting to find their groove early on.