Patience pays off for Nathan Harriel in long-awaited MLS debut 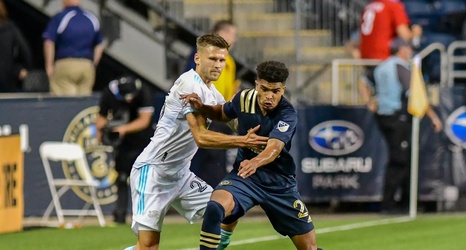 When veteran Ray Gaddis unexpectedly announced his retirement just before the start of preseason in January, it seemed at the time that it was only a matter of time before Nathan Harriel would be making his MLS debut.

The now 20-year-old was the oldest of the incoming homegrown class and suddenly found himself No. 2 on the depth chart behind Olivier Mbaizo. But Mbaizo stepped in right away with strong performances in the Concacaf Champions League and locked down the position in the early part of the MLS season. Then in mid-June Jamaica international Alvas Powell was signed, pushing Harriel down to third on the depth chart.