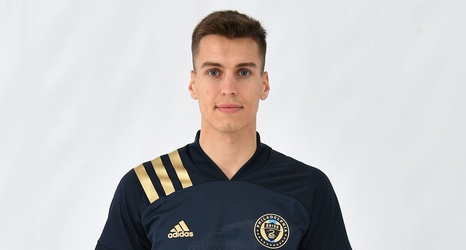 The guy who accidentally coined the unofficial slogan of the Philadelphia Union’s 2020 season scored a “sexy” late game winner from distance to beat Inter Miami 2-1 in a preseason friendly in St. Petersburg, Florida on Saturday.

Matej Oravec meant to say successful season when he coined the phrase “Sexy Season” in his first interview after arriving to the club from Slovakia. He meant to score a goal off a Jack de Vries cross that was headed out of the box right to him with the score tied 1 all.

His shot beat Luis Robles and stunned the crowd at Al Lang Stadium that was witness to the MLS expansion team’s first open-to-the-public match.