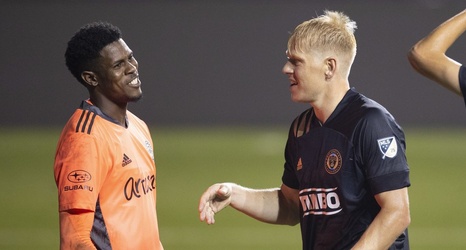 It’s the 122nd minute of a scoreless game, and the Philadelphia Union have seven players spread along the top of the New York Red Bulls’ box, defenders frantically matching bodies.

The fans rise to their feet, a synchronous Union chant gathering momentum around Subaru Park. The chill has intensified ever since the sun dropped below the west stands, but a last-ditch attempt at victory before penalties has brought warmth.

Kai Wagner curls a free kick to the far post, but Red Bull defender Andrew Gutman heads the ball away from Cory Burke. Jesús Bueno collects the ball by the sideline, touches inside to his left, preparing for an in-swinging cross but instead lays it back to José Martiniez, who whips in an out-swinger that’s short and low, evidence of legs that have covered a half dozen miles or more.