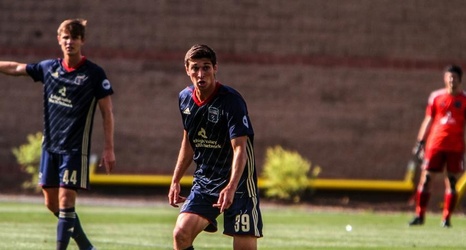 Things are not always what they seem in USL.

For instance, Bethlehem Steel’s opponent this weekend is Toronto FC II, the bottom team in the Eastern Conference. TFCII has been — by almost any measure, but let’s just use 21 losses for now — fairly bad all season. But recently the Canadian club has been losing while putting together extremely dangerous offensive performances. Tsubasa Endoh has a ridiculous eight goals in nine games for Toronto, and the recently-acquired Jon Bakero also gives MLS quality to the current basement dwellers.

When Steel head coach Brendan Burke looks at his club’s position in the standings — three points above the playoff red line and three points below fifth place Indy Eleven with four games (two at home) to go — he knows that his team has to be structurally sound, physically energetic, and mentally focused to lock up three vital points this weekend.