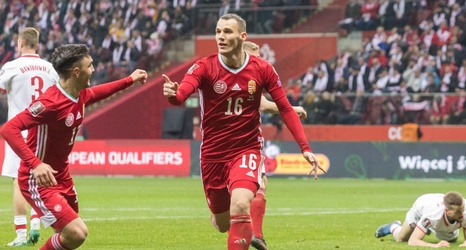 Dániel Gazdag’s recent goal-scoring form wasn’t enough to keep Hungary alive in World Cup Qualifying, but it couldn’t come at a better time for the Philadelphia Union heading into the playoffs.

Gazdag scored his second straight goal in World Cup Qualifying for Hungary on Monday, an 80th minute game-winner in a 2-1 win over Poland.

Gazdag was credited with a goal in the Union’s 2-0 win over FC Cincinnati after redirecting a rocketed shot from Olivier Mbaizo. He has four goals and five assists in 23 games and 17 starts in MLS play.