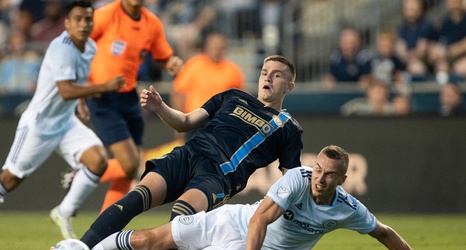 Any doubts about the lingering effects of last week’s sketchy offensive performance against FC Cincinnati were extinguished 16 minutes into the game against the Chicago Fire Saturday night at Subaru Park.

After pressing Chicago’s backline repeatedly in the opening minutes, Dániel Gazdag proved again why he’s the worthy MVP candidate that national writers seem to forget. Running onto a Julián Carranza through ball on the transition, Gazdag cut the ball back, putting Frederico Navarro on the ground, then faked to the near side before chipping Chelsea-bound Gaga Slonina to the far side to give the Union a 1-0 lead.