Deflection, PK stake Club América to 2-0 lead over the Union after first leg of CCL semifinal 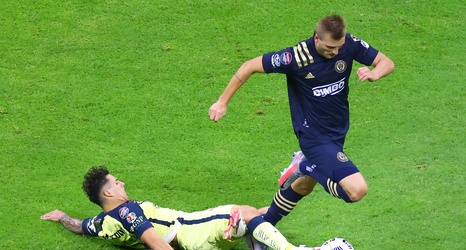 Goals from a deflection in the first half and a penalty kick in the second put the Philadelphia Union in a 2-0 hole as they head home for the second leg of the Concacaf Champions League semifinal on September 15 at Subaru Park.

The Union nearly found an away goal in the opening minutes in Mexico City when Dániel Gazdag got into the box and played a ball to Kacper Pryzybylko, who did well to flick the ball played behind toward the goal, just missing at the far post.

Club América responded with an early chance of their own down the other end, but Andre Blake was quick off his line to deny Richard Sánchez’s header off a well place curling cross.