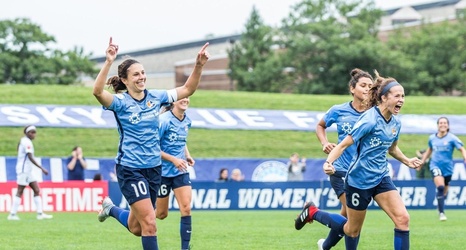 PISCATAWAY, N.J. — It was news enough that Carli Lloyd scored a spectacular goal that gave Sky Blue FC a 1-0 win over the Orlando Pride on Saturday afternoon. The win was Sky Blue's first of the season, and it came in the season finale, sparing the team from the first winless campaign in National Women's Soccer League history.

The real fireworks came after the game, when Lloyd spoke about bombshell exposés of Sky Blue's poor facilities published in July by Equalizer Soccer and other outlets. Sky Blue's biggest star had been notably reluctant to address the subject, and admitted her previous stance was intentional.