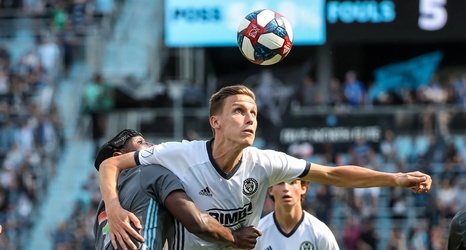 Know Your Enemy | Union take playoff push to Minnesota United
The Loons currently occupy the final playoff slot with a one-point lead over Vancouver however one point ahead would be fifth position. While Minnesota sports a 11-10-8 record, one common item spotted on their results is zero. 17 of their 29 matches have seen at least one side of the contest end scoreless with the Loons sporting a 8-7-2 record in such contests.

Union aim for second place in the Eastern Conference as they face Minnesota United
A win Wednesday night would set up the biggest game of the regular season on Saturday at home against Nashville, the team just above the Union in the standings.