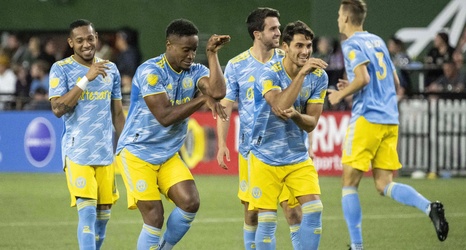 Philadelphia Union Agree To Permanent Transfer of Midfielder Jack de Vries to Venezia FC
Since joining Venezia FC on loan in 2021, de Vries has primarily featured for Venezia Primavera, the U19 squad, where he has scored 14 goals and added seven assists in 23 matches.

Stuart Findlay reportedly transferring to Oxford United
Findlay has logged 554 minutes in six starts and nine appearances since arriving from Kilmarnock FC in his native Scotland for a reported $300,000 transfer fee.