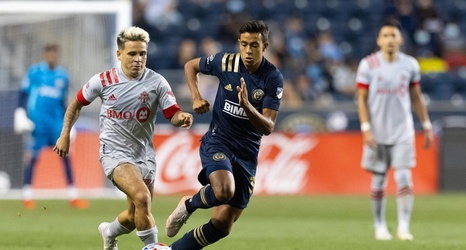 Know Your Enemy | Union take playoff push to Toronto
2021 has seen the usual Eastern Conference contender at the other end of the standings with Toronto FC entering the match with just 26 points in 31 matches. Despite being eliminated from MLS Cup Playoff contention, Toronto FC played the role of spoiler last time out against their Canadian rivals.

Pressing Points | No Sitting Back
With yet another two-game week on the horizon, Philadelphia Union Head Coach Jim Curtin discussed his plan of attack during his press conference on Tuesday afternoon.

Scenario Season | How the Union can secure the spot on Wednesday night
Philadelphia Union enters tomorrow night’s contest at Toronto FC sitting in second place in the Eastern Conference.