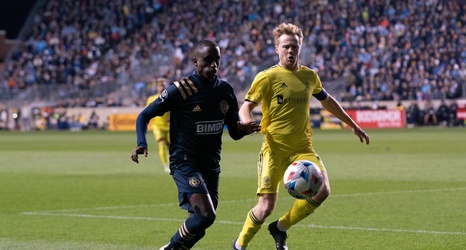 Jamiro Monteiro is still sour about being traded by the Union
“For me it was not necessary to leave,” Monteiro said in his first interview since the trade. But the Earthquakes were willing to give him a new contract that the Union weren’t.

Tom Edwards returns to Red Bulls on loan from Stoke City
The 23-year-old Englishman had rejoined boyhood club Stoke City after the end of his spell in New York last season, but a poorly-timed knee injury prevented the versatile defender from re-entering the first team picture.

Chicago Fire finalizing deal for Mexican winger Jairo Torres from Atlas FC
He is a product of Atlas’ academy, having already made 108 appearances across all competitions at his young age, putting up eight goals and eight assists.