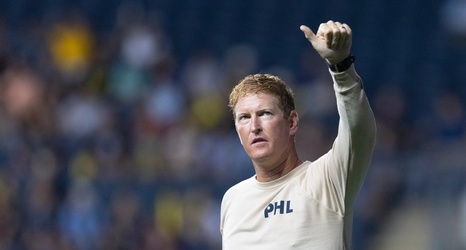 Pressing Points | Sparking a Run
With a bunched up Eastern Conference Playoff picture, Philadelphia Union Head Coach Jim Curtin spoke with the media about how he intends to approach the next ten games following Sunday’s 3-1 win against Orlando.

Philly’s 2026 World Cup bid unveils ace in the hole as Comcast joins the campaign to win FIFA’s approval
As Boston and D.C. load up their off-the-field influence, Philly’s bid brought Comcast’s CEO and Telemundo’s chairman to meet with FIFA - a reminder of how much Comcast has spent on World Cup rights.

Philadelphia Union not intimidated by Atlanta United in East six-pointer
“There’s no secret they have an incredible amount of attacking talent, they added a $12 million DP too,” Curtin said.