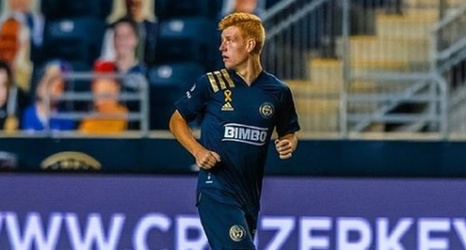 Union homegrown Jack de Vries loaned to Venezia FC, will play for U19 team
Venezia FC’s announcement notes that he will be playing for their U19 team, which resembles former homegrown midfielder Zach Pfeffer’s loan to 1899 Hoffenheim in 2013 when he played for the German club’s U19 squad.

27 Takeaways: One observation on every MLS team after Week 22
Week 22 had some thrilling games as Rivalry Week closed, with El Trafico and FC Dallas’ blitz past Austin FC standing out.

MLS Power Rankings: Portland Timbers, FC Dallas surge following rivalry wins in Week 22
The Union continue to slide down the MLS Power Rankings, finding themselves outside the top ten in the latest edition.