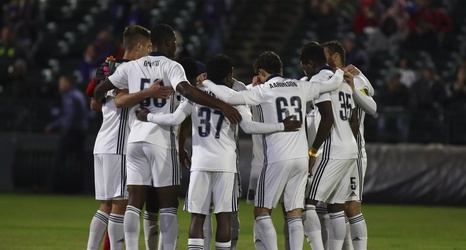 Brian Ownby scored a goal each side of halftime and the Bethlehem Steel were unable to mount a comeback like they did a week ago in Pittsburgh in a 2-0 loss to Louisville City FC.

Ownby opened the scoring in the 34th minute off a pass from Oscar Jimenez into the box, where the 28-year-old veteran was able to beat Brandon Aubrey and put the ball past Jake McGuire for the goal.

Chris Nanco, starting in place of the injured Michee Ngalina, nearly leveled the score before halftime with a hard shot Louisville keeper Greg Ranjitsingh was able to leap to get a hand on to keep out.