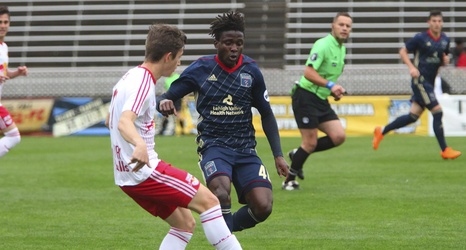 Bethlehem Steel FC supporters can officially say goodbye to two fan favorites and a host of other players from the 2018 squad.

Santi Moar and Chris Nanco are both out of contract and will be departing the club, according to a news released issued on Monday morning. Joining them as former Steel FC players are Brandon Aubrey, AJ Paterson, Mike Catalano, Omar Holness and Aidan Apodaca, whose options were declined and Prosper Chiluya and Antonio Lokwa who are returning to the European clubs they were loaned from for the season.

This leaves three players currently on the roster in teenagers Michee Ngalina, Faris and Selmir Miscic.