A decade ago, a U17 trophy was a harbinger of future Philadelphia Union success 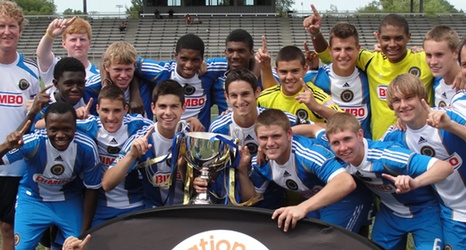 Philadelphia Union head coach Jim Curtin is known today as the second longest tenured manager in Major League Soccer and one of the key architects of a club that has positioned itself among the league’s elite, but 10 years ago last week he was still a fresh face in the coaching ranks when he led a group of local kids to the 2012 U17 Generation adidas Cup title.

Behind three penalty kick saves by Zack Steffen in a shootout at Starfire Sports in Tukwila, Washington, the Philadelphia Union won its first trophy at any level over Toronto FC in the final of what at the time was an MLS-only event.