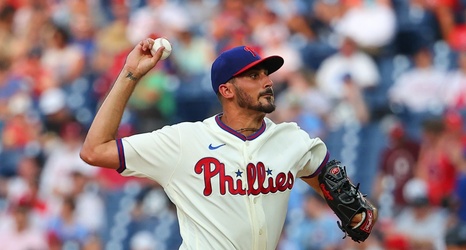 The Phillies announced Wednesday that right-handed pitcher Zach Eflin will undergo surgery on Friday in Philadelphia to repair his right patellar tendon. The expected recovery timeline for the injury is six to eight months, which means Eflin is likely to miss the beginning of the 2022 season.

Eflin, 27, was placed on the injured list on July 20 with right patella tendinitis. He was activated on Aug. 26 and was supposed to make his first start against the Diamondbacks until the knee began bothering him again.