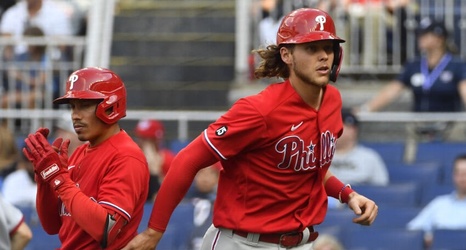 A Philadelphia Phillies minor league affiliate was explosive on offense Sunday, but probably not in the way the team intended.

The Triple-A affiliate Lehigh Valley IronPigs got into a bench-clearing brawl with a Yankees affiliate after some emotionally charged moments between the teams.

Per Jomboy Media, it all started after right-hander Luis Gil of the Scranton Wilkes-Barre RailRiders threw too close to the head of recently demoted Phillies infielder Alec Bohm in the fourth inning.