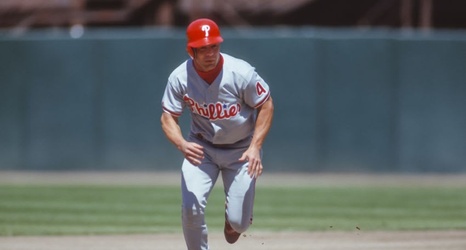 SAN FRANCISCO - 1993: Lenny Dykstra of the Philadelphia Phillies runs the bases during a Major League Baseball game against the San Francisco Giants played in 1993 at Candlestick Park in San Francisco, California. (Photo by David Madison/Getty Images)

Thirty-two years ago, Lenny Dykstra was a baseball player. A confident, wild outfielder who would run into walls with reckless abandon and earned the nickname “Nails,” for being tough as.

On this day in 1989, Dykstra became a Phillie. The Mets traded him, reliever Roger McDowell, and minor league pitcher Tom Edens to the Phillies in exchange for infielder Juan Samuel.