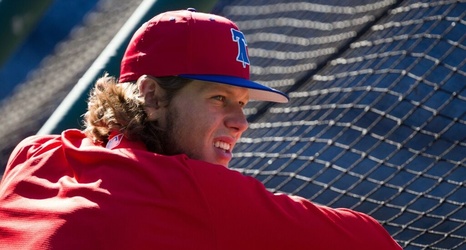 Falling off the list was Adonis Medina. Despite a decreased home run rate, Medina’s stats all regressed. His ERA increased from 4.12 to 4.94. His strikeouts fell from 9.9K to 7.0K/9. He allowed more baserunners in general as his WHIP rose from 1.249 to 1.363. Medina falls off the list after being ranked #87.

Alec Bohm is the only Phillies prospect that was on the list that is now moving up. He moves up from 39 to 35 on the list.