The Phillies red jerseys are returning this week 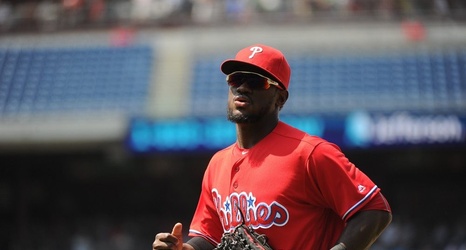 Ready or not, here come the Philadelphia Phillies red jerseys.

The Phillies alternate jerseys will be worn for the first time ever on the road in Wednesday’s matchup against the Los Angeles Dodgers, and then again on Sunday against the San Francisco Giants, per Matt Breen of The Philadelphia Inquirer. Breen says that for the remainder of this season, the uniforms will be mixed in on the road, in addition to the primary gray uniforms that the Phillies have worn for away games since 1992.

“I think wearing gray all the time is just boring,” Bryce Harper told the collective media Monday, including Todd Zolecki of MLB.