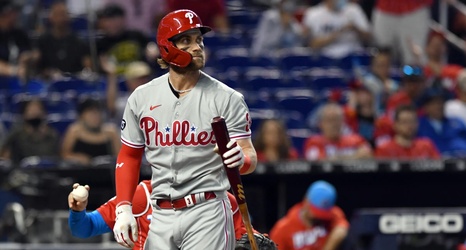 This off-season, Phillies ownership must answer a simple question.

Do they want to go to the playoffs during Bryce Harper’s prime?

Lest anyone forget (and make no mistake, no one at 1 Citizens Bank Way is forgetting), Bryce Harper will play in Philadelphia for another decade and earn $248 million more over that span. He turns 29 next season and has already burned through his age 26, 27 and 28 seasons wearing a Phillies uniform.

He has yet to reach the postseason.

Harper will likely win the National League MVP award after he led MLB with a 1.