The Phillies are putting the FUN back in fundamentals 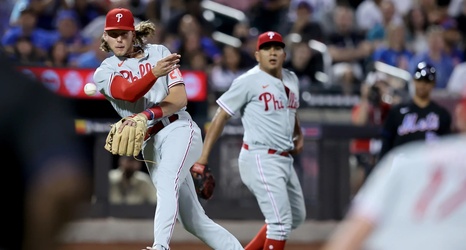 Keith Hernandez is getting dunked on by everyone right now.

Ahead of the Phillies’ big three-game series against the Mets in New York this week, the Mets broadcaster and living legend said he didn’t want to call games against the Phils anymore because their fundamentals were so bad, saying “I hate doing Philly games.”

During the first two months of the season, no one would have said a word after comments like that, but as MLB.com and Friend of the Hittin’ Season podcast Mike Petriello wrote earlier this week, the Phils defense has done a 180 since Rob Thomson took over.