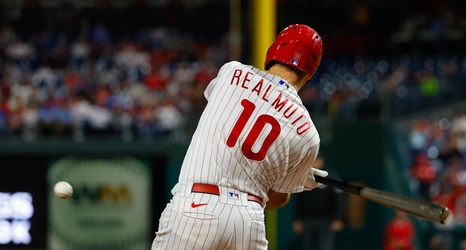 Friday was just another one of those “dead on arrival” games for the Phillies. After dropping three of four in Los Angeles, the Dodgers grinded out a series-opening win against the Phillies in front of just over 30,000 fans at Citizens Bank Park. Phillies pitchers threw a combined 191 pitches to get through a Dodger order that knows how to wear down the opponent.

They did show some life in the ninth. Kyle Schwarber and J.T. Realmuto doubled to break the 21-inning scoreless drought. The tying run came to the plate in Odúbel Herrera, but Craig Kimbrel, who hasn’t allowed an earned run against the Phillies since 2012, took care of business.