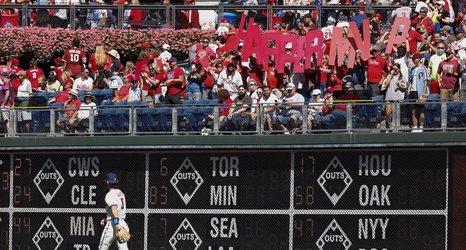 The season was a failure.

This season was a failure.

Once again, the Phillies failed to make the playoffs, so the ultimate goal of the team was not achieved. You can say that “a winning season is a big step!” but the moment they signed J.T. Realmuto and Zack Wheeler and Bryce Harper to contracts while they were in the middle of their prime, they did not have seasons to waste on the moral victory of a winning season.