Thanks to walk-off triple in extras, the Phillies aren’t dead yet 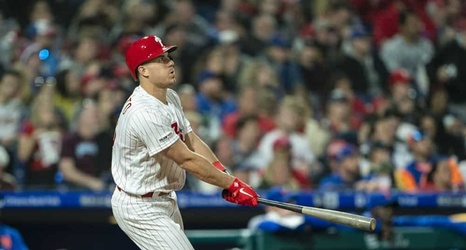 With J.T. Realmuto at the plate with two outs in the bottom of the tenth, the Phillies were down to their last lifeline of the 2021 season. If the game ended with a second-straight defeat against the Baltimore Orioles, the Phillies were in danger of falling four games out of first place with 11 left to play.

On a 2-1 count, Realmuto reached for a changeup outside the zone and flicked it down the right-field line.