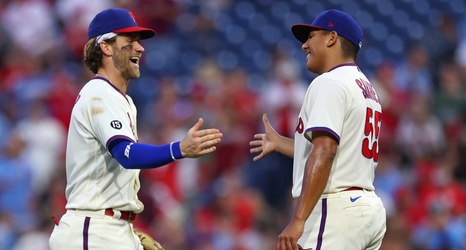 The Phillies began the day 1 1/2 games behind Atlanta in the NL East. Philadelphia visits the Braves in a three-game series beginning Tuesday.

Suarez (7-5) allowed just four singles, walked none and struck out seven in his first major league complete game. He didn’t permit a runner past first base and faced only one batter more than the minimum, keeping the Pirates off-balance and generating a lot of weak contact.