Playing Out the String: Phillies vs. Marlins Series Preview 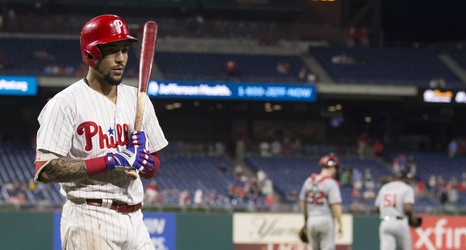 If anyone is holding out hope that the Phillies are going to make a 2007-style miracle run for the National League East title, I commend you for your die-hard sense of optimism. For everyone else, watching the Phillies lose game after game over the past couple of months has forced us to accept the reality that the whole playoffs thing isn’t going to happen this season.

Now that the competitive part of the season is essentially over, I’ve decided to change things up for my previews. For some reason, as the season progressed, I became way too serious about these things.